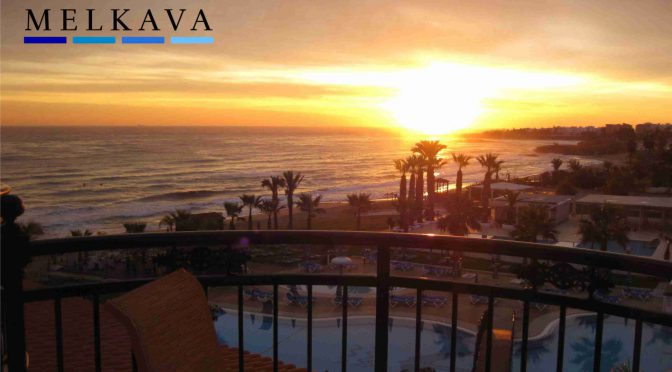 Cyprus has proved to be an increasingly popular destination by foreign purchasers for the acquisition of real estate for a plethora of reasons. Buying a property overseas, in general, can add significantly to your quality of life and give you, your family and friends many happy times for years to come.

The island of Cyprus has always been considered to be one of the top property destinations by foreign buyers.  Despite the recent economic downturn that Cyprus had experienced as a result of the global economic recession, there is still a very strong interest for the real estate sector, especially from the Russian market, Middle East and Asia. The continuing demand for property by foreigners is attributed to many factors, including the relatively low cost of living, the high quality of lifestyle, the favorable policy to obtain a permanent residence through the acquisition of real estate and the fact that Cyprus is one of the top destinations for retirement

The island’s advantages are clear, you can even see the long-term potential of Cyprus just by looking at a map. It is the crossroads of east and west, where Europe and the Middle East meet. Cyprus is also a link between old and new Britain, being a friend in the European Union and a member of the British Commonwealth. Cyprus with direct year-round flights from all the main UK airlines and airports. In addition, the unique hospitality of the local population, the attractive climate, the increasingly important role of safety (Cyprus is one of the safest countries in Europe with crime at a very low level) and security, have all played an important role. Demand and market activity have caused local property values to show a steady and at times sharp appreciation, but this trend has now a slower pace. Good properties are still abundant, and local property prices are still much lower than those of other European countries such as France, Portugal and Spain

Infrastucture
Cyprus has a first world infrastructure with good roads, motorways, marinas, telecommunications,reliable power supplies and good airports at both ends of the country. It has relatively new hospitals in some of the buying hotspots, good schools and pre-school childcare, with a choice of international schools and free Greek lessons in the state sector.

Buying property as an investment
Local property values have shown a steady upward movement over the years and properties, especially beachfront properties, have shown a considerable appreciation. Relative to equivalent property found in other Mediterranean and Southern European countries, local property is believed to offer good value for money and the island’s increasing popularity by the international market further supports this.

Legal Safeguards
The legal system in Cyprus is largely based on the British equivalent and safeguards the purchaser’s rights in many ways. For the purchaser’s protection, once the agreement of property sale has been signed and a deposit paid, the Land Registry in Cyprus provides a simple and effective legal instrument called the “Specific Performance”. This procedure protects the purchaser’s ownership rights until the title deeds are issued and transferred to their name. The contract in the hands of the Land Registry cannot be withdrawn by anyone; and therefore the property cannot be leased, sold, transferred or mortgaged. This status can only be altered by the purchaser himself.

Stamp Duty
A one-off stamp duty is levied on the purchase of property in Cyprus. The rates are dependent on the contractual purchase amounts and payment is due within 30 days of signing the Sale Agreement. The amount is payable by the purchaser to the tax authorities.Note: Maximum Duty €20,000

Transfer Fees
The purchaser will be liable to pay the following transfer fees for the property acquired, when this is registered in his/her name at the Land Registry Office. The fees are charged on the property’s market value at the date of purchase. (The rates below apply per person)

Important Note: The Cyprus Parliament  announced the abolition or reduction of property transfer fees, this offer applies until the end of 2016 and the following will apply:

Immovable Property Tax*
Each registered owner is liable for this annual current imposed tax calculated on the market value of the property as at 1st of January 1980.

Capital Gains Tax
Capital Gains Tax is levied at 20% on gains arising from the disposal of property by each individual person.The gain is reduced by an indexation allowance that takes into account the inflationary increase over the years the property was owned. Non-residents are only taxed when selling property situated in Cyprus. The following allowances are available to individuals:

Local Authority Tax
Your local authority will make an annual charge to cover such services as street lighting and refuse collection. The amount depends upon the area and the size of the property but generally ranges between €85 and €308 per annum at present and is a great deal cheaper than similar taxes imposed by councils in the UK.

Communal Expenses
Communal expenses cover an owner’s share towards the cost of cleaning and maintaining a project’s communal areas, gardens, swimming pool, management fees and repairs. These are payable at fixed intervals throughout the year and vary from development to development and from property to property.
To conclude, Cyprus represents fantastic value for money,compared to many other Mediterranean islands such as Corfu, Malta and Mallorca, and property and living costs in Cyprus are low. With 340 days of sunshine, hot summers and warm winters, as well as strong British influences apparent everywhere from driving on the left to English-based law, a warm welcome certainly awaits.