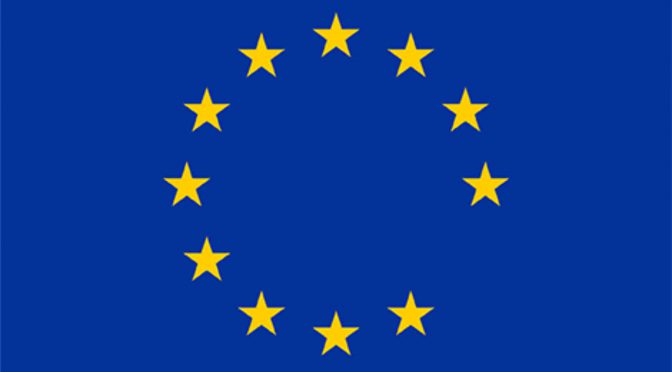 British expats in Cyprus have been advised to keep calm and carry on following Thursday’s BREXIT vote that has left many of them fearful of what the future may hold once Britain leaves the EU.

BREXIT has left many British expats reeling. From Paphos to Paralimni, they wonder whether their pensions will stretch as far every month, whether their properties will drop in value or whether they’ll still be able to own a business in Cyprus now.

The experts can’t offer much assurance. All agree that there won’t be much immediate change. Much will stay the same until the British government begins negotiating the terms of its withdrawal from the EU, a complex process that will last for two years.

Until then, there will be many unknowns. That means the uncertainty in the lead-up to Thursday’s historic vote will continue for many months.

But the momentous outcome of that vote has already brought an immediate and unwelcome change for many British expats here – sterling hit a 31-year low, already hitting the buying power of those who rely on a UK pension to survive.

Fiona Parsley, the branch manager of Currency Solutions and head dealer in Paphos, was bombarded by calls from worried customers since 7.30am on Friday. All wanted to know what will happen to the exchange rate and how long will take to recover.

“Unfortunately we don’t know what will happen with the rate,” she told the Sunday Mail. “However, forecasters are saying that we should be back to where the pound should be standing within six months. We will get more of a definite feel of how things are on Monday morning.

” Some experts, such as Jennifer Petridou Sharpe, a property valuator at Filoktimatiki, say this may change the quality of life that some British expats have so far enjoyed: “This might not be the lifestyle they are used to. This change of quality of life might make some re-evaluate if they will stay.”

No-one, of course, is talking about a mass exodus of expats. But Sharpe said that with the current exchange rate, it may be more beneficial for British residents to sell their property and change the euros from the sale into pounds, which would be worth more when sterling rebounds.

Everything is irrevocably linked together, and property advisor Nigel Howarth believes at some point the currency will become stable again – although when is yet another unknown.

“These things are cyclical. The pound will come back,” he told the Sunday Mail.

How long it will take however and how long people can wait it out is another matter altogether.

In addition, Howarth says the cost of living in the UK must also be considered. “Cyprus isn’t as expensive as the UK. Property tax is small, compared to the local council tax paid in the UK.”

Essentially however, it comes down to this: Britain’s unprecedented exit from the EU means Britain has entered unchartered waters. “There’s too many unknowns. No one has been down this path before,” Howarth told the Sunday Mail.

Brexit, of course, also brings uncertainty for Cypriots who rely on the spending power of British expats. The British property market currently accounts for 35 per cent of non-Cypriot owned property on the island.

Still reeling from the shock of the news, the chairman of the real estate agents’ association, Marinos Kineyirou, said: “The way I see it, today’s developments are serious. This is something new and we can’t know if it’s good or bad.”

While an impact will be inevitable, changes have taken place in the property market over the years, Kineyirou said.

Primarily it will be interest from Britons in the Cypriot property market that will be affected, but recent years have seen Russian and the Middle Eastern buyers forming the majority of property buyers and this will limit exposure.

Sharpe said the terms of the Brexit negotiations will also play an important role. If for example, Britons will have to apply for a residency then they may purchase property to meet the conditions. “The agreements between the UK and EU” will play a crucial role, as will any agreements made between Cyprus and the UK, Sharpe added.

Many expats are hoping that the long historical ties between the UK and Cyprus will ensure that the benefits their EU status brings in terms of property and business ownership, residency and access to healthcare can be renegotiated to remain essentially intact.  Commenting on the Brexit result on Friday, President Nicos Anastasiades focused on the “special relationship” between the two countries.

Howarth says although the British market has shrunk in the past few years “a lot of properties on the market at a competitive price wait a long time for buyers. For instance, a village home has been on the market for three years.”

According to property valuator Antonis Loizou, for the past couple of years “Brits have had a small share of the market, a maximum of 20 per cent of foreign demand in terms of value.”

Sharpe also raises the issue of competition. “Spain and Portugal may be cheaper options as they have over supply,” she says.  “In Cyprus, there is limited stock of land and with the basic rules of demand and supply, is possibly more expensive.”

She highlights the “positive note, that although there is significant interest in Cyprus (from the UK) it is not what it was 10-years-ago when the Brits held 60 to 70 per cent of the market.”

Now gone down to about half, Loizou added he was certain the consequences will be negative. “To what extent however, will depend on the terms of the Brexit. Interest will cease for the next six months.”

“With what conditions will Britons stay in Cyprus? Will they be able to buy two homes or will they abide with non EU rules that say one property per person?”

Back in 2008 when the global financial crisis hit, the exchange rate had also suffered yet the circumstances surrounding it were entirely different.

“A bulk of them has already left. Whoever was going to sell, already did it,” Sharpe said.

Effectively, the advice from the experts – for the time being, at least – can best be summed up by that hoary old slogan long designed to appeal to British pride in keeping a steady head in difficult times – Keep calm and carry on.