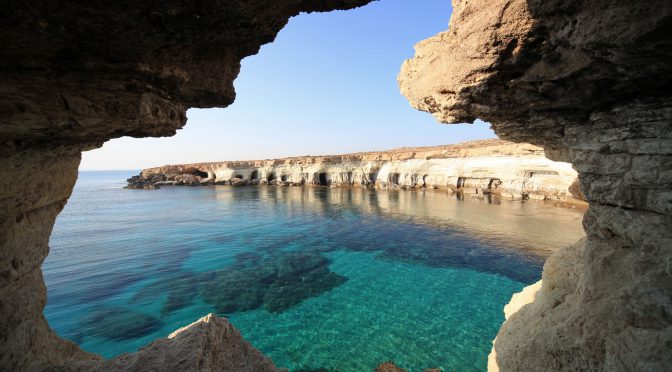 The third largest island in the Mediterranean, Cyprus stretches 150 miles (240 km) from the west coast to its eastern-most tip and 60 miles (96 km) from north to south.

There are six major towns in Cyprus. Nicosia, the capital, is situated inland in the middle of the Mesaoria plain, and there are five coastal towns of Limassol, Larnaca, Paphos, Kyrenia and Famagusta.

Cyprus’ landscape is one of infinite contrasts, from its fertile central plain to the cool vine-clad foothills; the majesty of the cedar valley in which wild indigenous moufflon roam; mile after mile of sandy shores with secluded beaches to seek out, and hundreds of villages to explore, each with its own tradition and charm.

Some interesting facts About Cyprus:

Why not live on an island where others spend their vacation? Melkava has knowledge about Cyprus, from the island’s pleasant climate, rich culture and diverse population. Our Property buyer’s guide tells you what else to expect in Cyprus — from culture to healthcare and transportation.

Melkava in Cyprus will help you know a culture which is as old as it is fascinating as the island has been inhabited since prehistoric times. The earliest human activity on Cyprus dates back to a mind-boggling 12 millennia. The strategic importance of the island for major cultures in the Mediterranean and adjacent regions has led to its occupation and colonization by a large number of ancient civilizations, all of which have left indelible marks.

While the Ottoman Turks and the British have had the most recent impact on shaping life in Cyprus, the most obvious and strongest influence on the people living in Cyprus today has been that of the Greeks. At least as far as the Republic of Cyprus is concerned, the Greek settlement, which began about 4,000 years ago, has most profoundly shaped local language and culture. However, you should not expect living in Cyprus to be just like living in Greece. There are definite cultural differences and peculiarities which are typically Cypriot, ranging from music to food. The Cypriot cuisine includes exquisite wines and the world-renowned Halloumi cheese.

Cyprus is a sovereign nation and a member state of the European Union. The island as well as the capital city of Nicosia is divided into two parts: the Northern part, which is occupied by the Turks, and a Greek south. Yet the Republic of Cyprus is internationally recognized, with the exception of Turkey, as one single independent state.

Today, the majority of people in Cyprus are young, educated, and often fluent in more than two languages. English is spoken by almost everyone in Cyprus while other languages such as Russian, French, or German are also prevalent. However, it would be both unwise and detrimental to the experience of expats living in Cyprus to have no previous knowledge of Greek.

Familiarizing yourself with at least a few common phrases and the Greek alphabet will not only be a strong signal that you are ready for living in Cyprus, rather than just being a temporary ‘visitor’ of sorts, it will also be very well received by those around you. Needless to say that knowing the local language always helps when dealing with administrative issues. The two official languages in Cyprus are Greek and Turkish, used predominantly in each respective part.

As far as the business aspect of your new life abroad is concerned, you might be able to work with your Cypriot colleagues without any knowledge of the Greek language and not encounter too many obstacles. Again, this is due to the widespread bilingualism on the island. However, we strongly advise you to take a few classes in Greek before embarking on your overseas adventure of living in Cyprus.

Cyprus is famous of its hospitality and warm welcoming people. If you don’t speak Greek, don’t worry; just practice your pleases, thank you (parakalo and efcharisto) and hello (yassou). Also, the fact that, the island is known for the majority of foreigners from all over the world who travel here to live or just enjoying their holidays, has contributed to the continuation of English as semi-official language.

Looking at the GDP per capita in Cyprus, the island is currently in the middle range among other European countries. The capital, Nicosia, is the centre of financial and business activity on the island and a hotspot for living in Cyprus. The island has suffered from the financial and economic crisis of previous years and reported high unemployment rates. The country is currently finding its way back to steady economic growth. Having been an important strategic outpost and trade centre for millennia, Cyprus made the best of its location — despite the ongoing territorial dispute with Turkey that has left the country divided.

Nonetheless, the quality of life in Cyprus is, of course, not only determined by the figures on your pay check. In Cyprus, you get to enjoy a welcoming, warm hearted culture, the Mediterranean climate, unique scenery, advanced infrastructure in most respects and a safe environment, as the nation has a fairly low crime rate.

Are you an investor interested in wonderful holiday houses? Then, this is your chance to find your own heavenly house in Cyprus. This beautiful island offers a variety of different types of properties including villas, apartments and country houses.

Cyprus is a magnificent place to own a holiday house with its sunshine, crystal-clear beaches, wonderful countryside and properties at very affordable prices (especially if you come to us, obviously).